In line with the mission of quality internships and integrated academic and practical know-how, students are guided by Internship Faculty Advisors who are their core support system from the Colleges. These Advisers help in equipping the interns with the necessary guidelines in achieving high quality results from their internship placements.

The adviser helps and advises the intern during challenging situations faced while on internship. They also provide student with guidance on their tasks and responsibilities.

Chef Thomas Wenger is the Senior Culinary Academic Consultant and the Managing Director of Enderun’s Hospitality Management which includes Restaurant 101 and Bistro at Enderun Colleges. He was in a culinary apprenticeship program in Bern, Switzerland and he earned an Aseanta certificate in Hotel and Travel training skills and joined the Chef de Partie Program at Ducasse Education. In addition, he also trained in The Royal Institute of Public Heath and Ecole Hoteliere de Lausanne.

Prior to being a faculty at Enderun Colleges, Chef Thomas was the Executive Sous-Chef at Shangri-la Makati and later on has held the title of Executive Chef at Le Royal Meridien Bangkok, Le Meridien President Bangkok, The Hong Kong Jockey Club, Happy Valley Club House, and Mandarin Oriental Manila.

Chef Suzette Montinola has earned a diploma in Hotel Management at Ecole des Roches in Valais, Switzerland and a Masters degree in Hospitality Administration at Glion Institute of Hospitality in Switzerland. From 2004 up to 2005, she studied at the Center for Asian Culinary Studies in Manila and later at the Culinary Institute of America in New York to acquire her culinary credentials.

Prior to becoming a chef instructor at Enderun Colleges, Chef Suzette worked as an Outlet Manager in Mandarin Oriental Manila and then as a Banquet Sales Manager and Outlet Manager in Hotel Intercontinental Manila. She later founded and owned La Cocina de Tita Moning, an exclusive restaurant in Old Manila. She also worked as a freelance writer in different publication companies such as Mega Magazine, Food Magazine, and Get Asia Philippines and wrote articles about recipes, restaurants, food, and cooking techniques.

Chef Martin Kaspar – Culinary Arts Adviser
Chef Martin Kaspar is a culinary instructor at Enderun Colleges and is currently the Chef Patron of L’Entrecote, a steak-frites restaurant located at Burgos Circle, Fort Bonifacio. He is an alumnus of Professional Chefs School in Solothurn, Switzerland, and has worked as a Sous Chef in Hyatt Regency Hotel in Manila and as the Executive Chef in The Manila Hotel. Chef Martin is also a member of the executive committee in Swissôtel Sydney in Australia and worked as the Chef and F&B Director in the property.
Chef Marc Chalopin – Culinary Arts Adviser

Chef Marc Chalopin is the Executive Chef of Ducasse Institute Philippines, handpicked by Ducasse Education to ensure that the standards, philosophies, and culinary principles and techniques of Alain Ducasse are well-maintained and properly taught to students. Chef Marc has more than 30 years of experience in the culinary industry and he has worked with two of the most well-known chefs in the industry, Joel Robuchon and Alain Ducasse. He has also worked at Le Jules Verne located at the Eiffel Tower in Paris with Alain Rex. After rendering his services and gaining several experiences in the industry, Chef Marc decided to share his learnings by joining Le Cordon Bleu, Paris. He was the opening Executive Chef in Le Cordon Bleu in Seoul, South Korea. In 2008, Chef Marc joined Ducasse Education and Enderun Colleges.

Chef Cheong Yan See is the Culinary Head of Enderun Colleges. Since the pre-opening of the school, Chef See has been responsible for spearheading all culinary arts courses and overseeing the whole Culinary Arts Department and its curriculum development. He earned a Diploma in Hotel and Restaurant Management at Les Roches, Valais, Switzerland and completed, with honors, a Certificate in Business Administration at Washington State University. In 2008, Chef See underwent training with the Ducasse Education. He is fluent in many languages including English, Bahasa Malaysia, Cantonese, Mandarin, French, and Filipino.

Chef See has had more than 30 years of experience in the culinary industry; he started out in the industry as an Assistant Unit Manager at Kentucky Fried Chicken and later on worked in several establishments in multiple countries such as Bahnofbuffet SBB Basel in Basel, Switzerland, Kempinski Hotel in Beijing, China, and Traders Hotel in Shenyang, China. He held the position Executive Sous Chef in Hyatt Regency Manila, Kempinski Hotel, and EDSA Shangri-la Manila, and was the Executive Chef in Traders Hotel Shenyang, EAT Inc., The Ultimate Foodcourt, and Tagaytay Highlands.

Chef Martin Punzalan has earned a diploma in Culinary Arts and Hotel Management from the International School for Culinary Arts and Hotel Management and is currently the Senior Chef Instructor at Enderun Colleges. Prior to becoming a faculty at Enderun, Chef Martin worked as a Commis 3: Entremetier and Rotisserie at Tivoli Fine Dining Restaurant in Mandarin Oriental Manila Hotel and he also worked in the catering industry. Chef Martin is skilled in menu planning, catering, and food preparation and he specializes in both European and Asian Dishes including different kinds of fresh pasta.

Miss Bel Castro is the Assistant Dean of the College of Hospitality Management, F&B Section Head, and also one of the founding faculty members of Enderun Colleges.

Miss Rose Gacias is a lecturer in Enderun Colleges and teaches Rooms Division, Hotel Accounting, and F&B Cost Control. She graduated Cum Laude from Washington State University with a Bachelor Arts degree in Hotel and Restaurant Administration. She has more than 20 years of experience in the hospitality industry. Her previous work experience includes being trained and certified as a General Manager for Choice Hotels, Wyndham Hotels, and Hilton Hotels. She was also nationally recognized by Hilton brand in the 2008 Brand Conference in San Diego, California. Her outstanding guest service scores out of over 250 hotels in the US by Homewood Suites.

Miss Suzanne Llanera is a lecturer at Enderun Colleges teaching Marketing, Management, Business Communications, Advertising, and Public Relations. Some of her previous work experiences include being the Executive Director of Animal Kingdom Foundation, Division Manager: E-Business Solutions of Dun and Brandstreet Philippines, and a Regional Sales Distributor of Future Dimensions Marketing Inc. She graduated from Miriam College with a Bachelor Arts degree in Communication Arts and an MBA.

He has a strong passion in sharing his knowledge to students and has dedicated more than 20 years to the teaching industry.

Ryan Morales – Business Adviser
Mr. Ryan Morales is an adjunct faculty at Enderun Colleges. He graduated with a Bachelor’s degree in Business Administration and Management from De La Salle- College of St. Benilde and he acquired his Masters degree in Business Administration at De La Salle University, where he graduated with distinction. Mr. Morales has also gained certifications from various institutions such as “15.390x: Entrepreneurship 101: Who is your customer?” and “15.071x: The Analytics Edge” from MITx via www.edx.org and “Developing Innovative Ideas for New Companies: The First Step in Entrepreneurship” from University of Maryland via www.coursera.org. He is the co-founder of Jackapp, a social media application that allows people to challenge their peers to change their bad behavior in the spirit of charity.
Raymund Martelino – Business Adviser

Mr. Ray Estrada is a professor at Enderun Colleges and teaches Entrepreneurship courses. He graduated from Maryknoll College with a Bachelor of Arts degree in Business Administration and later on earned his Master’s degree in Business Administration, emphasis on Marketing and Operations Management, from the University of Texas. Prior to joining Enderun, he was a Senior Market Analyst at Gtech Corporation, the world’s largest lottery systems provider and an Implementation Manager at Fiserv. Aside from teaching, Mr. Estrada is currently managing Bistro Mateo, a restaurant that he co-owns, and an Implementation Manager at Unirock Corporation.

Dr. Rodriguez is the President of Enderun Colleges as well as Dean for the College of Business Administration, Technology, and Entrepreneurship at Enderun Colleges. He graduated from Ateneo de Manila University with a Bachelor’s degree in Liberal Arts, Mathematics and earned his Master’s degree in Business Administration from The East-West Center in University of Hawaii, Honolulu. Later on, Dr. Rodriguez enrolled in a Special Program in Development Economics at Harvard University, Cambridge, Massachusetts and acquired his Ph.D. in Management Sciences and Statistics from Rensselaer Polytechnic Institute in New York.

Dr. Rodriguez has over 50 years of experience in the corporate world and teaching industry; prior to joining Enderun Colleges, he served as the Head of the Institutional Budget Integration and Information Unit at The World Bank at Washington, D.C., an Executive Secretary to the Development Effectiveness Committee of the Board of Directors at Asian Development Bank at Manila, and a Board Director at One Ruiz Place Corporation. He was also an Associate Professor in the Graduate School of Industrial Engineering at Rutgers University, New Brunswick, New Jersey, and an Adjunct Professor of Management and Information Sciences at Virginia Polytechnic Institute, Virginia, and at The American University, Washington, D.C.. Currently, he is also the President of XenXaTech, Inc., a management consulting firm. 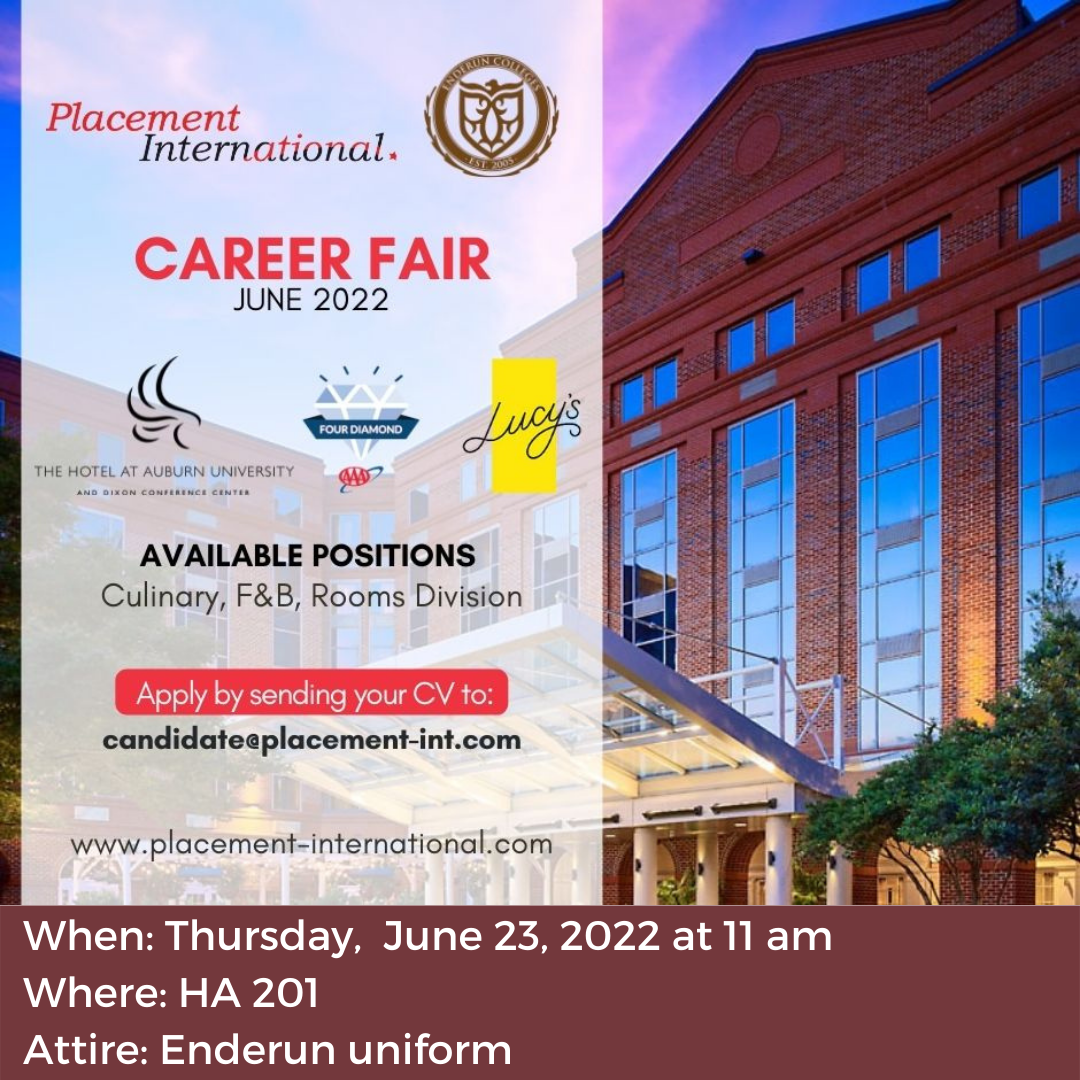 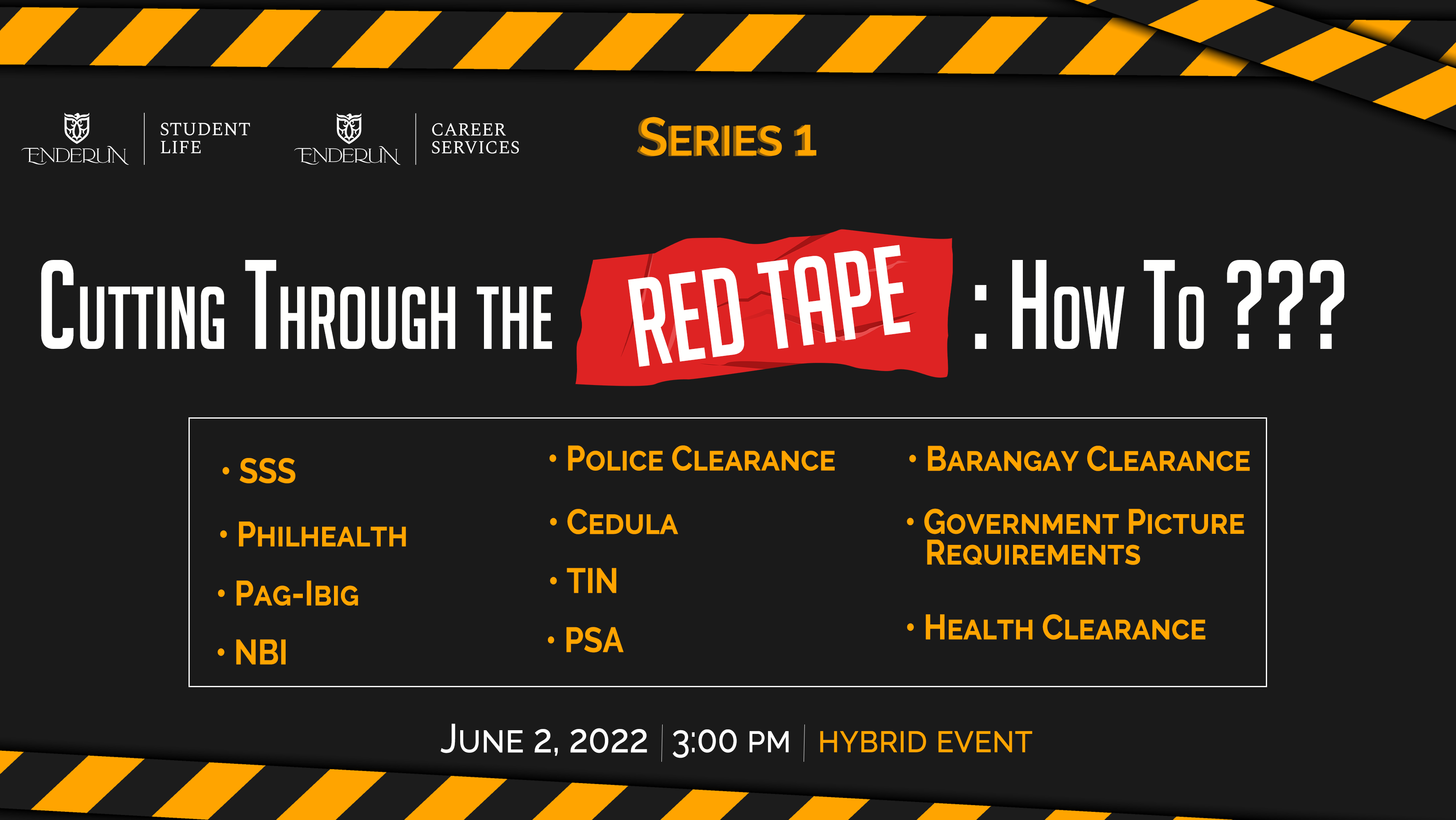 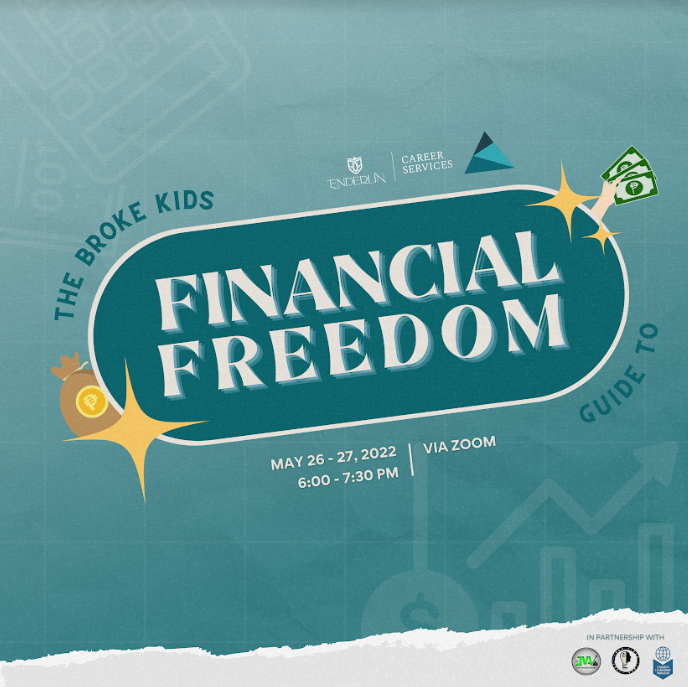 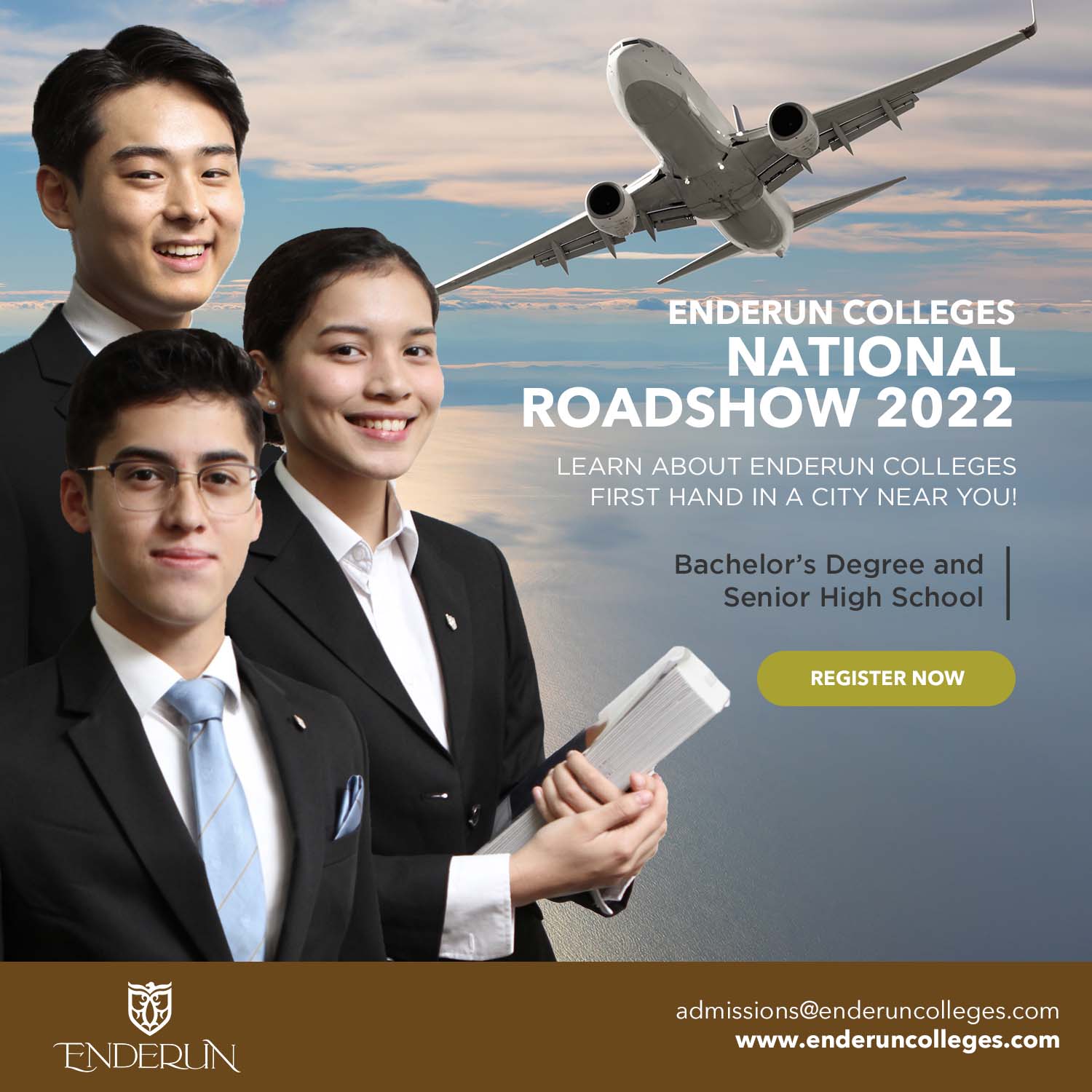 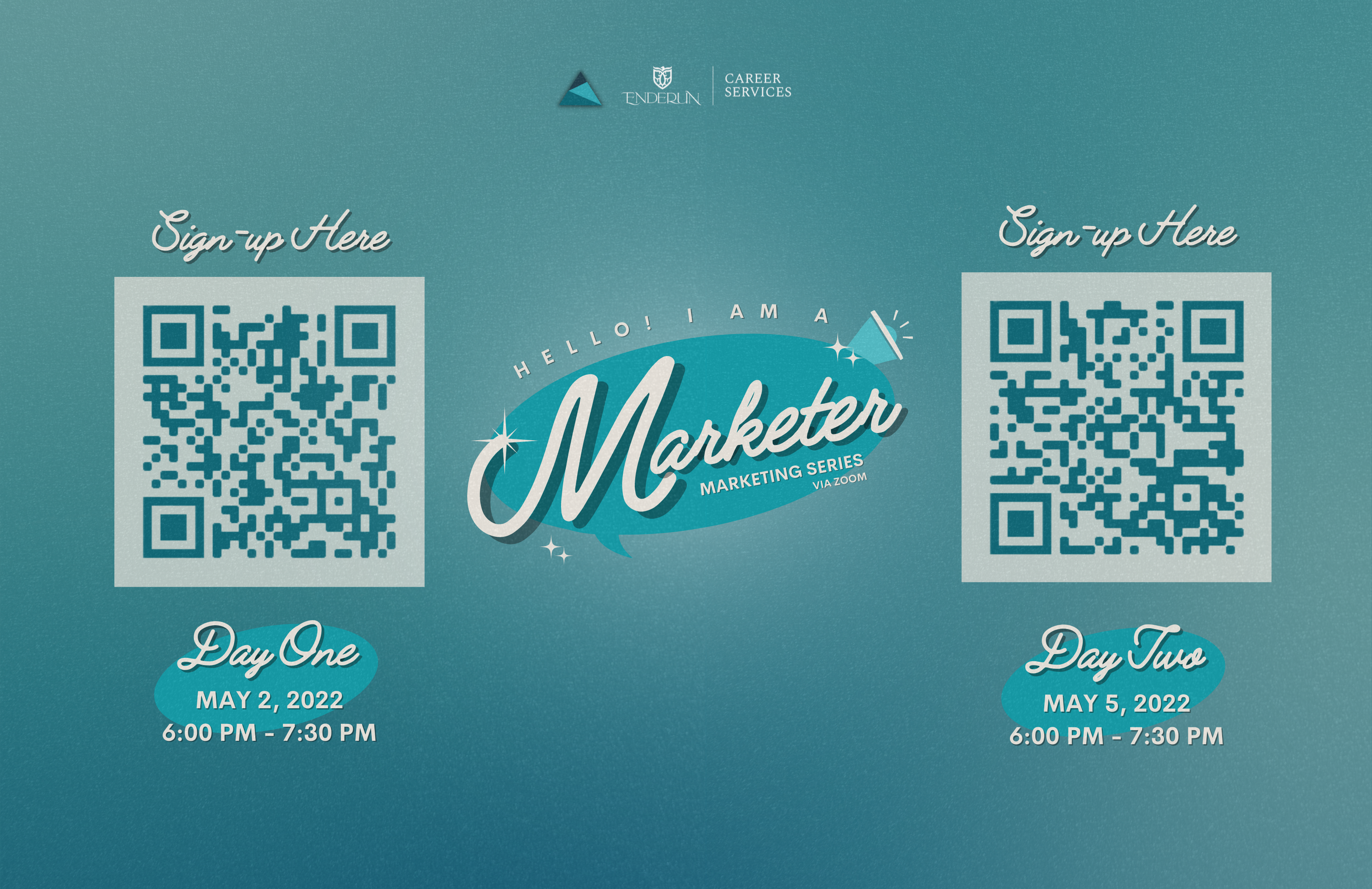